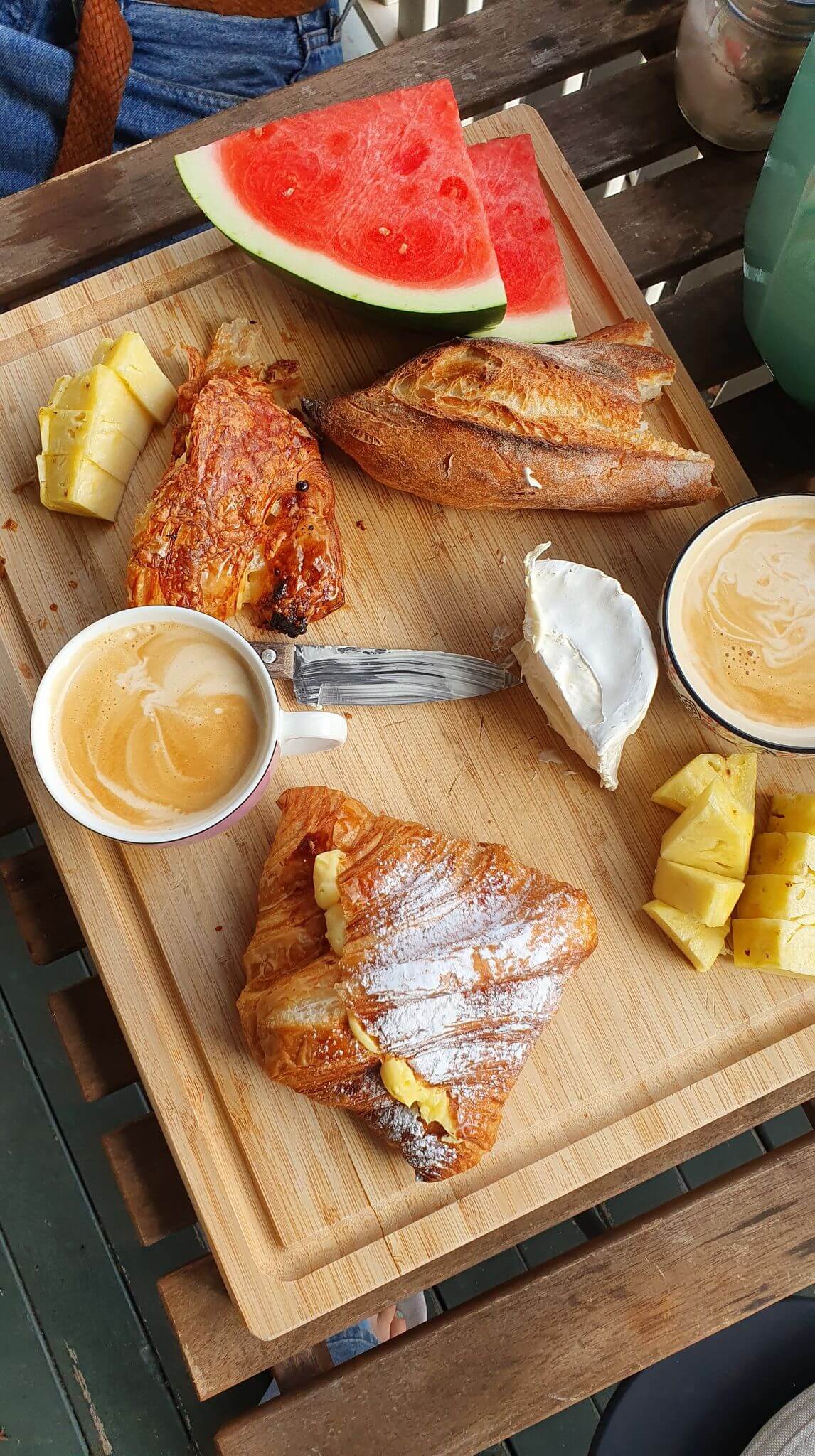 Until the 9-5 waltzed into my life and commandeered most of my waking hours, mornings to me used to be nothing else but a time at which I woke up; a lazy, indifferent hour dictated by the unreliable hour at which I had finally gotten myself to sleep the night before.

When the opportunity arose that, in exchange for a dependable paycheck, I was to appear at the same desk no later than 8.30 a.m. on days Monday through to Friday – and remain there, more or less, for the subsequent eight and a half hours – I gratefully signed myself up. Until I received the offer, I was but a fanciful Bachelor of Arts graduate, rich in knowledge of English Literature, but, you know, decidedly not so rich in the way that keeps a human well fed, housed and somewhat of a social being.

My days seemed compact compared to those that had stretched and bloomed in their own way during my many years of schooling, where the confines I was bound to—much looser, I might add—were for the sake of my learning and growth. My brain was still exploring when the rest of me could not, endlessly weaving the story of my life, eagerly anticipating the next chapter. Ruled by a full-time job, they seemed cyclical, each rolling effortlessly and without thought on the same path with no end in sight—life’s next conventional milestone, that of parenthood, not yet a desired option. What was to come next?

I finally concluded that to inject more of anything else into my life without having to birth a human, I’d have to tip the day’s abacus to stockpile my waking hours at either of the weekday’s pointy ends: before or after work. I went for the former, and set out to curate the perfect morning routine.

While my colleagues were sleeping or tending to children, I mused that I could write a novel, start a blog, kickstart a lucrative side hustle, journal my way to self enlightenment, and meditate, to name but a few of my lofty ambitions.

As my precious collection of early hours became the sole wedge of the day from which I could squeeze more out of working life, it seemed their pressure kept me nestled in bed for far past the alarm that first pestered me at 6.30 a.m., and then every ten minutes thereafter. I would emerge with just enough time to shower and dress for work, dashing out the door in a cloud of dry shampoo.

The day would drag, my guilt about a wasted morning would disperse as my mind filled instead with menial tasks and promises that my successful morning routine could be rebirthed the next day. When I was awake and alert, of course, and without creative exertion looming in my near future, it was simple to envision that I’d suddenly and inexplicably spring from the comfort of sleep with determination and vigour rather than with dread.

Of course, this never happened. With every morning came another broken promise, another dash to work, more dry shampoo. Soon I had reinforced to myself the notion that I wasn’t a ‘morning person’, that my life in the Real World could only spin blandly, offering glimmers of excitement at the weekends only.

My hatred for the boxy 9-5 eventually pushed me into a new career; I started freelancing, a work-from-home business with a laptop, a G-Suite account and my own dot-com domain.

Despite this new career, which demanded neither commute nor set hours, my mornings stayed the same: brief and unceremonious. Most of the time, I would wake to make myself a cup of coffee, swap my pyjamas for a loose-fitting dress, and jump onto my computer. I save a lot on dry shampoo, because Zoom’s quality can’t yet betray the true state of my unwashed hair.

It wasn’t, after all, the formidable office structure that was holding me back from making the most of my mornings, or, as I thought by extension, my life. I’d always had the time; I was just scared; the pressure I put on myself to create an inspired, fulfilling life immobilised me.

“Write one page of my novel a day.” I’d pencil in my journal on an evening where I felt particularly inspired to, once again, explicate my plans on paper. I shouldn’t have been surprised, really, that upon opening my eyes to conquer that vague task on a Tuesday morning before 6 a.m. all I did was feel overwhelmed.

There is one thing, however, that I have done since I have been freelancing; I have always (mostly always) gotten up, and I have always made myself a coffee. Every morning. I look forward to grinding the beans and frothing the milk and sipping what happens to ground beans and frothed milk, even if I’ve only given myself ten minutes in which to do it. Because I want to, and I know I can.

I began to apply my thoughts about my morning coffee to my other goals. I made sure that they were things I actually wanted to do (by asking myself honestly why I wanted to do them). I set much smaller, more achievable goals so I knew that I could actually do the things, and I did them anyway, even if I only had ten minutes.

And this is how I finally, finally became a morning person.

“Do 10 minutes of research on X topic,” or “write 50 words this morning’, are tasks that I now have pencilled in my diary. I remind myself that I like the way I feel when I write and when I have written, and that ten mintues is easy. Then I throw off the covers, make my coffee, and get to it.

Mornings aren’t magical. They’re found in any of the hours before noon. Persistence matters more than a morning routine when it comes to living a full life with intention, no matter when you exercise it.

Are you a morning person?

My experience as a first-time CrossFitter