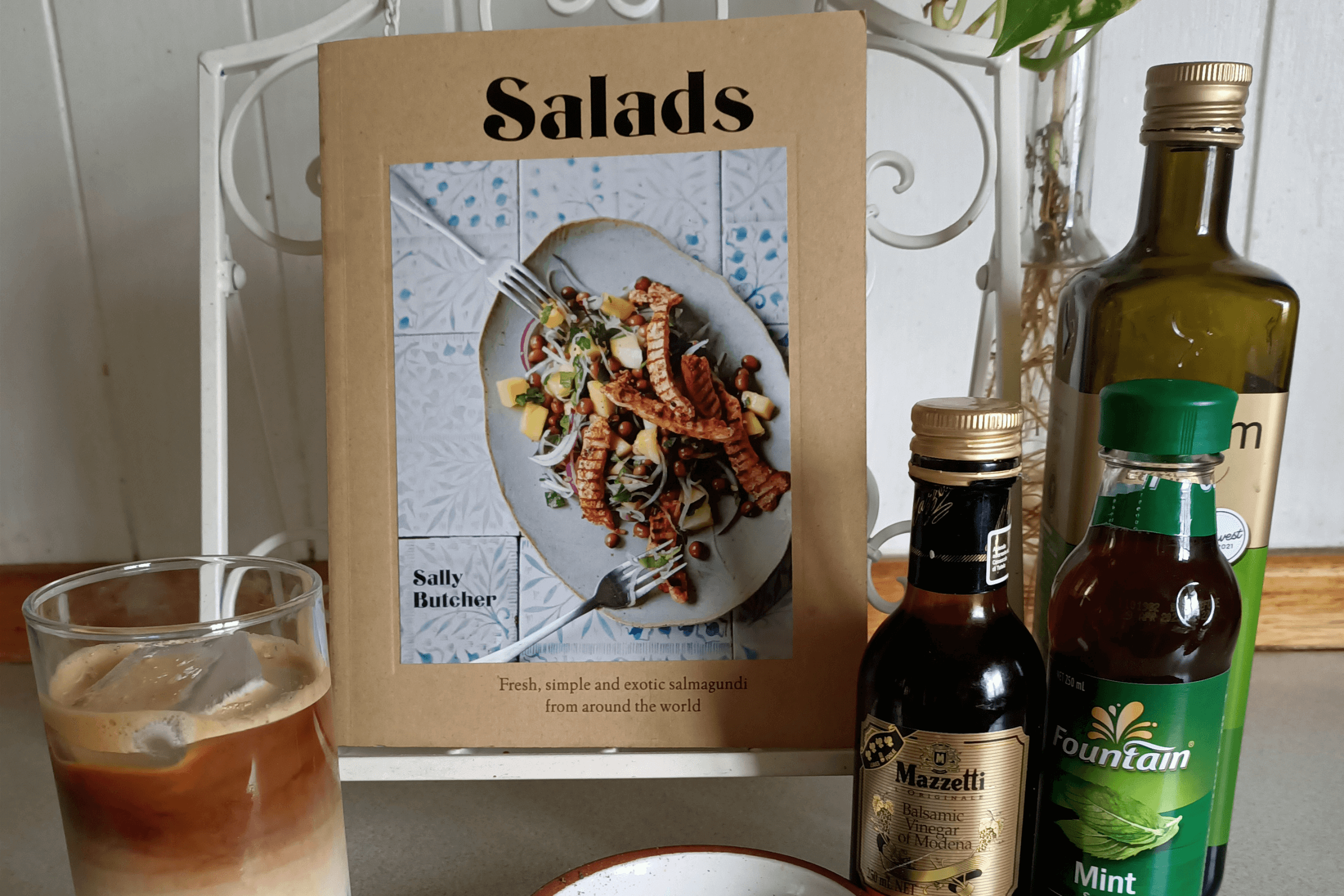 I don’t like cooking. Specifically, I don’t like cooking dinner. Putting together a meal every night is to me a necessary evil; I’m too frugal to subsist on takeout, and even if I weren’t, I know my health and conscience would suffer if I did, anyway.

I’m undoubtedly lucky; 1- that the choice to cook (and eat) is readily available to me in the first place, and 2 – that my boyfriend and I take it in turns. Only every other night the duty of what’s for dinner and how it’s to transpire rests on my shoulders, usually hunched over in despair at the prospect.

I find planning what to cook worse than the task itself. (That, and the disgustingly unfair cooking-eating-washing-up ratio.) Deciding on a nutritious dish that also tastes good, that’s easy to make and which I haven’t eaten once or twice a week for the past ten or so years is no easy feat, and one that often evokes a groan, a bitter sigh, and a hopeful conversation: “What do you want for dinner?” I’ll ask my boyfriend, who, inevitably, will reply without a teaspoon of enthusiasm: “Whatever you want, babe.”

Usually, I’ll end up plucking a recipe from my overcooked repertoire, a rotisserie of fajitas or basil pesto or stir-fry noodles. It might be boring, but at least it’s a meal whose make-up and method I know without having to pour over an online recipe, navigating the confetti of pop-up advertisements and personal essays about finding one’s soul in one’s family’s pumpkin patch, which I’m sure nobody asked for when they Googled ‘best pumpkin soup’.

On the odd occasion where I do find myself reaching for recipes on Google, I’ll immediately dismiss those that ask for more than ten ingredients, and especially those which call for ‘sprigs’ or ‘seeds’ of this or that, items that’d have me bothering a tight-lipped shop assistant stocking butter. Ditto anything requiring marinating or basting; these are techniques, I think, reserved only for those with culinary éclat, for whom cooking is something of an art.

Take my father, for example. If, when dining out, a particular dish grabs him, he’ll enthusiastically dissect the meal with his taste buds, rolling over every flavour, committing each to memory. Then, he’ll recreate the dish at home with his own hand, pulling from his cranial cupboard the ingredients, often besting the original. My boyfriend is much the same. “Where did you find this recipe?” I’ll ask him as we tuck into a dinner of spinach-and-ricotta-stuffed shells; a crispy, golden chicken roast with a creamy pine nut sauce; or an al-dente pasta Casarecce with steamed broccoli and lemon wedges. I suppose that the meal is so unbelievably delicious means I’m too distracted to indulge the sliver of annoyance that piques when he replies, nonchalantly, “Oh, I just made it up.”

See, I follow recipes like my life depends on it; if I’m told to add 23 peas, then I’ll be adding 23 peas – no more, no less. If I’m told to ‘fold’ anything into my mixture then, so be damned, that mixture’s not seeing a spoon until I find out whatever the hell that means. I’ll be reading an article on my phone about ‘how to fold ingredients for baking’ (skimming and cursing the lengthy introductory anecdote), tempering the questions that bubble up as I do so, ‘for how long?’ or ‘for how many times?’, while sweat starts to seep from my temples and the 23 peas start to burn as I’ve ignored my timer, which I’d set the very minute those 23 peas hit the pan.

Is there any wonder cooking seems to me an insurmountable task?

I was pleasantly surprised yesterday, then, where a weekend away and the meals that accompanied it – either bought or made with a dismissal ‘oh, it’s holidays’ shrug and so mostly lacking in nutritional value – prompted me to seek a vegetable hit for my next meal.

I fell into the couch with my phone, stifling a groan, poised to type ‘healthy recipes’ into Google when I noticed a yellow cookbook on the coffee table upon which I’d just thrust my toes: ‘Salads’. I’d never seen it before and, thinking it was likely my vegetarian housemate’s, and that a book named ‘Salads’ seemed likely to offer me a meal in which vegetables were aplenty, I ditched my phone and picked up the book. After leafing through its thick pages sprinkled with crisp images and even a few witty one-liners from its author, Sally Butcher, I found a recipe in which broccolini played the leading role. It was accompanied by just two other ingredients and two sauces, taking a grand total of six minutes from start to finish: a production I can get around.

I’d gone from plucking the five items from the supermarket shelves to sizzling them in a pan at home in under 20 minutes. I’d included a loaf of fresh sourdough (my own idea!) into my shopping basket, and carved a healthy slice with a dollop of butter while I mixed – just mixed! –  the broccolini, halloumi and tomatoes together in olive oil with a drizzle of balsamic vinegar and a splash of mint sauce.

As I munched on this healthy meal and the sourdough, relishing its chewy crust and soft, buttery insides, I thought perhaps I’ve been approaching this whole cooking thing wrong. That I can, in fact, enjoy the task, when I have recipes at my disposal which cater to my culinary skills and the time I want to spend using them.

The key, I thought, was in keeping good cookbooks. Enough with Google and the many millions of recipes which only serve confusion and disheartenment.

I also wondered if the act of browsing an actual cookbook helped, placing it, page open, on my bookstand in the kitchen, and consulting it without needing to unlock a phone, scroll a million miles to the recipe, navigate away from a YouTube Ad about athlete’s foot, wipe flour from the screen, or wonder about hygiene as I finger my phone and my food all at once. I believe that, for me, the actual cookbook made the act somewhat magical; I became someone who could simply concentrate on her creation, with just words on one page, and in a legible font size, through which I caught a whiff of the author’s warm personality, a touch of her story as a shopkeeper over a sentence or two, rather than two hundred. It became a deeply sensory experience, rather than one where I bat away ads and messages and push notifications, scrolling here and there, pressing this and that, confusing this step with that.

I now have a new recipe to huddle into my small collection of friends and will certainly be making this again and again; until I grow tired of it, of course.

If you’d like the recipe, you’ll have to go buy ‘Salads’ by Sally Butcher, because there’s no way I can put it here, now, at the end of my own lengthy anecdote.

And if you, too, sometimes struggle to enjoy cooking, I encourage you to find an actual cookbook, and lose the misconception that tasty, healthy eating has to be tough.

I used to worry I was boring. Here’s how I got over it

What’s your Word of the Year?